We were founded in 2007 at Pittsford Baptist Church, Pittsford, NY. This organization, then known as Operation Wounded Warrior, began as a Military Ministry that involved praying for deployed military personnel each Sunday during the church service which continues to this day. The ministry evolved to sending care packages to our deployed military and collecting supplies for our annual November trip which are given to our wounded warriors and their caregivers at Walter Reed Army Medical Center in Bethesda, MD.

The supplies we collect and those donated also go to other military hospitals in honor of Veterans Day. 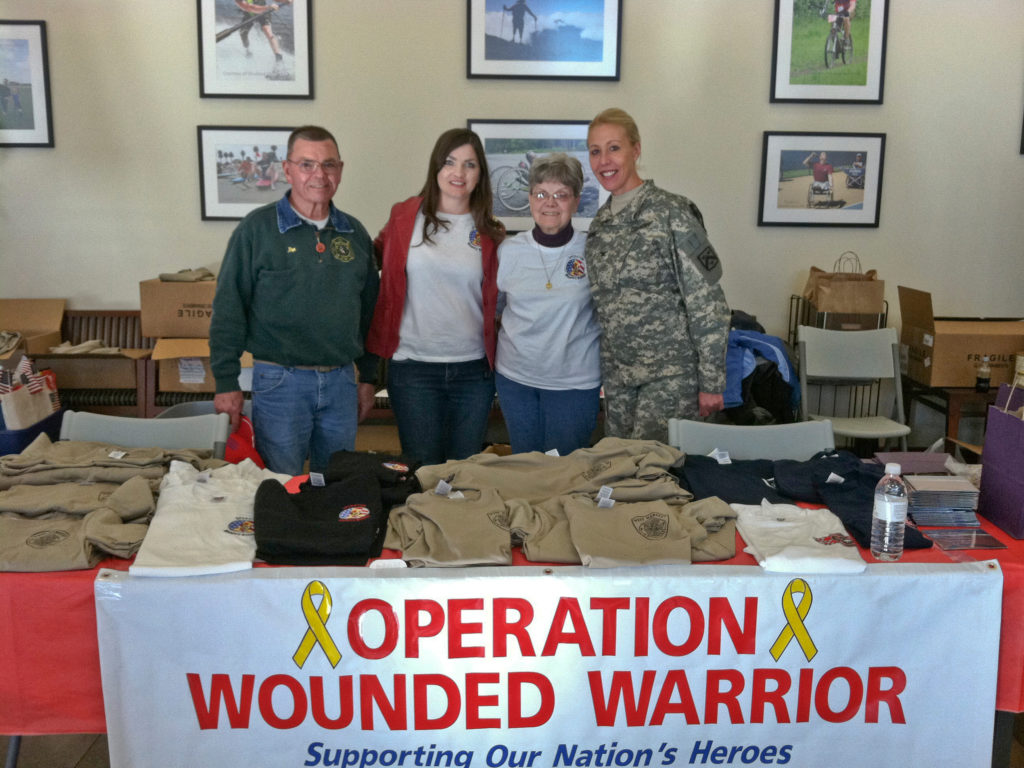 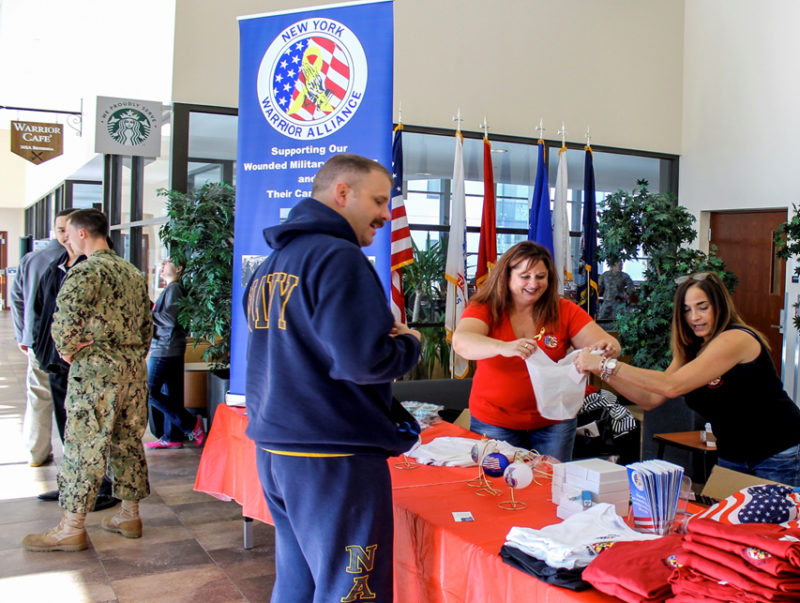 In 2013 we incorporated and became New York Warrior Alliance to avoid confusion in organization’s names.

New York Warrior Alliance has had 9 missions supplying truckloads of supplies to aid the Warrior Transition Brigade and the caregivers that stand by the side of their wounded warriors.

Since 2008, an estimated $600,000 of funds and merchandise donations have been raised for wounded warriors and their caregivers. With our growth, we are now able to also provide financial support on a case by case basis as well.

In 2015 we were finalizing the process of applying for our 501(c)3 IRS not-for-profit status. We are unique, as we are also a 100% volunteer organization with 100% of all donations and goods going directly to our wounded warriors and their caregivers. We are very proud of this fact and are so appreciative of those who devote countless hours supporting our organization’s needs.

Our Board of Directors

Amy is President and Founder of New York Warrior Alliance.   She has worked tirelessly on supporting our US military wounded and their caregivers.  Amy has built many relationships and been involved in numerous fundraisers since starting the organization.

She has been on many promotional spots explaining the need for everyday items by the caregivers that rush to Walter Reed Military Medical Center to be by their loved one’s side, often forgetting the very basic necessities needed everyday; for instance a young mother with an infant who didn’t bring enough diapers, or any toiletries and is simple as not knowing how cold it may be in Maryland in the fall and winter months and didn’t bring a winter coat.

Nancy Goodman is the Treasurer of the Board and one of its newest members.   She has a strong background in accounting and has a history of volunteering to help our veterans in the past.   This opportunity combines her love of volunteer work for veterans with her accounting forte.

Rebecca Filler is the proud daughter of a Dessert Storm veteran and a graduate from SUNY Buffalo. Rebecca joined our Board of Directors as Secretary and has been a volunteer with New York Warrior Alliance since 2013.

Ralph Presutti is a veteran of the US Army, past Post Commander of Greece American Legion Post 468 and has dedicated thousands of hours advocated and supporting US veterans.

Ralph joined our BOD in 2017. He is also the original organizer of the the Wounded Warrior Benefit Concert hosted by the Greece AL Post.

Betsy has a well rounded background in working with our US veterans. She is a Realtor for Howard Hanna Realty and her desire and passion is to make sure our veterans are getting the benefits they deserve and has helped veterans through the maze of benefits available to them with VA Loans.

Sue Henning join New York Warrior Alliance in 2013 supporting our work with wounded military members and  their families since 2013.

Judy Calamia is an RN at the University of Rochester.  Her compassion in the healthcare industry is a natural fit for the New York Warrior Alliance in serving our wounded military members and their caregivers.

James Lechner is the Board of Directors advisor.  Jim is a retired US Army Infantry Officer. Jim served in the Army for 27 years beginning as an enlisted infantryman in the SC Army National Guard. He is a 1989 graduate of The Citadel in Charleston, SC with a degree in History, and he was commissioned in the regular Army. His military career includes command and staff positions in conventional and special operations units, as well as participation in eight operational deployments including Somalia with Task Force Ranger (made famous by the book and movie “Black Hawk Down”), Sinai, Bosnia, Iraq and Afghanistan. His key leadership roles during successful operations in the city of Ramadi, Iraq are recounted in the books “A Chance in Hell” and “A Soldier’s Dream.”The movie “American Sniper” depicts some of the dramatic aspects of this critical battle during the war. In addition to deployments in support of combat operations, he has served at the national policy level, including advising the National Security Council at the White House and numerous tours at the Central Intelligence Agency (CIA).

Since his retirement from the US Military in 2011, Jim has served in Afghanistan as a Counter Insurgency Advisor to the Commander of the Coalition Forces, as well as providing support for other US Government efforts. He holds a Master’s Degree of History, and was an adjunct member of the Center for Strategic and International Studies (CSIS),a Washington based think-tank. Jim was appointed by SC Governor Nikki Haley to the Board of the South Carolina Veterans Trust Fund. In 2013, he founded KG Consultants to provide leadership and law enforcement training. Jim lives with his wife Beth and three daughters in Columbia, SC.