Through the years we have been fortunate to meet some amazing people through the organizations they belong to. We’ve have become friends and support each other through our good work. Here are just a few…

CWO Romy Camargo was catastrophically wounded on September 16, 2008 (during his third deployment to Afghanistan), Romy’s mission had been cancelled. He opted to do a humanitarian mission which involved medical professionals going in, operating and taking care of women, men, and live stock in a village. As a humanitarian mission, it was considered low risk but as soldiers know, there is no such thing as low risk when you are in a war zone. That day Romy’s detachment was ambushed. As bullets rained down on the entire team, Romy took a gunshot wound to the back of his neck. His fellow soldiers saw him go down. He lay limp in the Bed of his GMV (Ground Mobility Vehicle). The soldiers managed to repel the attack, as the team Medic ran to Romy. They turned his limp body over and immediately did an emergency tracheotomy and began bagging him, all in the midst of cross fire. The soldiers remained calm and focused on one purpose…getting Romy out alive.

Amy Tausch’s brother, LTC Jim Lechner, (U.S. ARMY Retired) met Romy shortly after he was transferred to Walter Reed Army Hospital in Washington, DC and recognized the immediate need of CWO and his family. He contacted Amy Tausch to see if there was anything the ministry could do to support the need of basic essentials and support items to relieve the burden on Romy’s Wife Gaby and young toddler Andreas. Through the members of Pittsford Baptist Church and the Chili Fire Department, items were gathered and driven to Walter Reed’s Warrior Transition Brigade. This evolved into an annual mission trip of supplies that were gathered and delivered to Walter Reed.

Romy was transferred to the Tampa VA Hospital and ultimately his family moved to Tampa, FL where they now reside. A friendship and bond was formed with Romy and Gaby that has watched them grow and open their own Spinal Injury Rehabilitation Center, Stay in Step.

New York Warrior Alliance has had the privilege of sponsoring rehabilitation grants to wounded Veterans in transition of receiving their benefits. 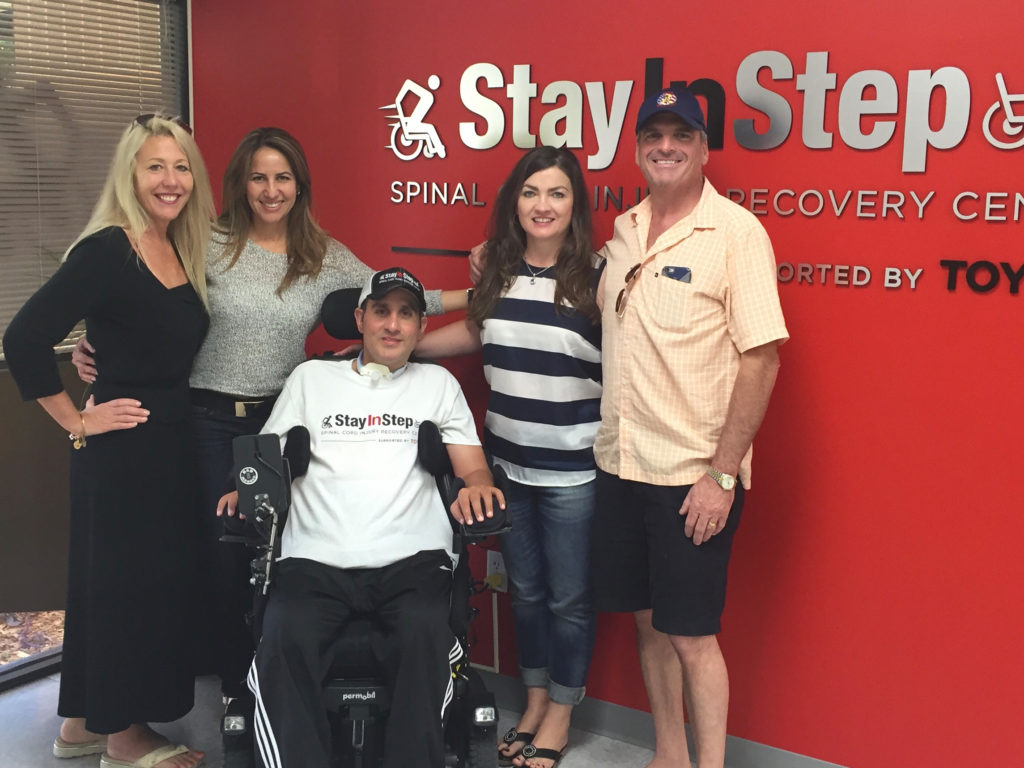 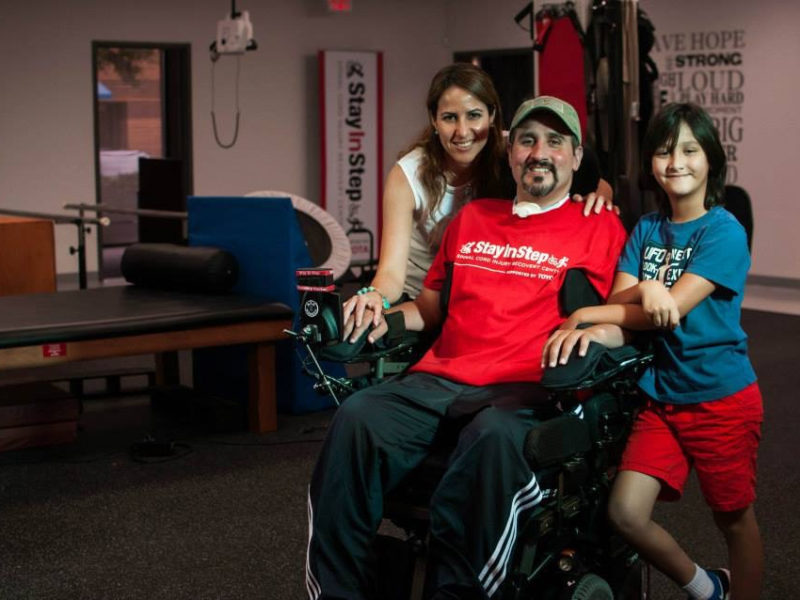 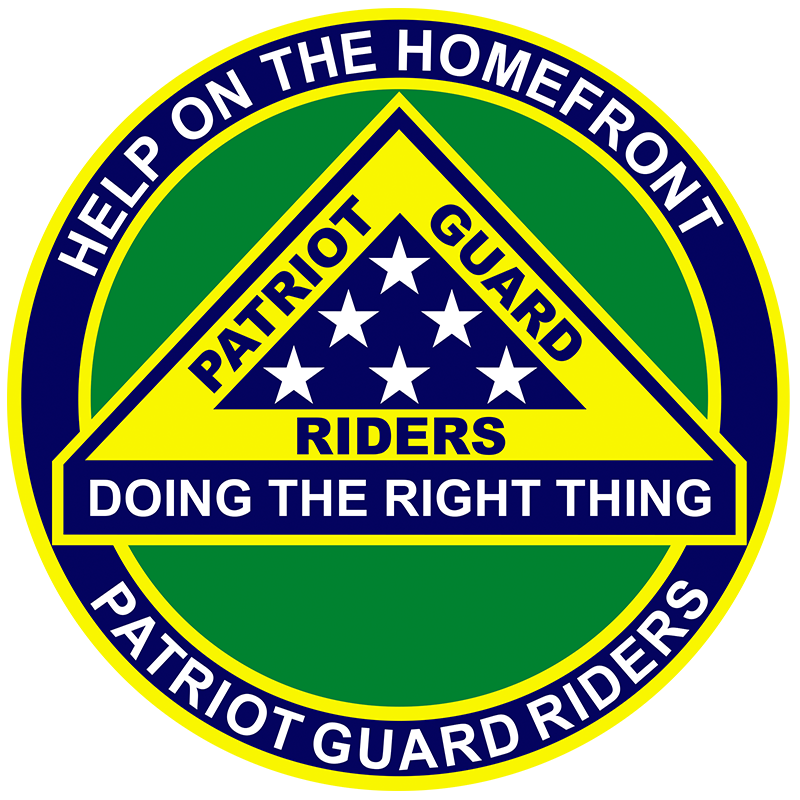 Help On The Homefront (HOTH) is Help on the Homefront (HOTH) is a volunteer outreach program of Patriot Guard Riders of New York, Inc., which assists our country’s military heroes and their families. Veterans have earned our respect and gratitude for their selfless, heroic acts. Through Patriot Guard Riders of New York’s HOTH programs, they assist veterans who may now need help. Their assistance may also be available to Gold Star and Blue Star families.

Patriot Guard Riders of New York, Inc. (PGRNY) is a diverse group of patriots who come together to show respect and support to US service members, veterans, first responders who die in the line of duty, and their families by standing flag lines and providing escorts at memorial services. 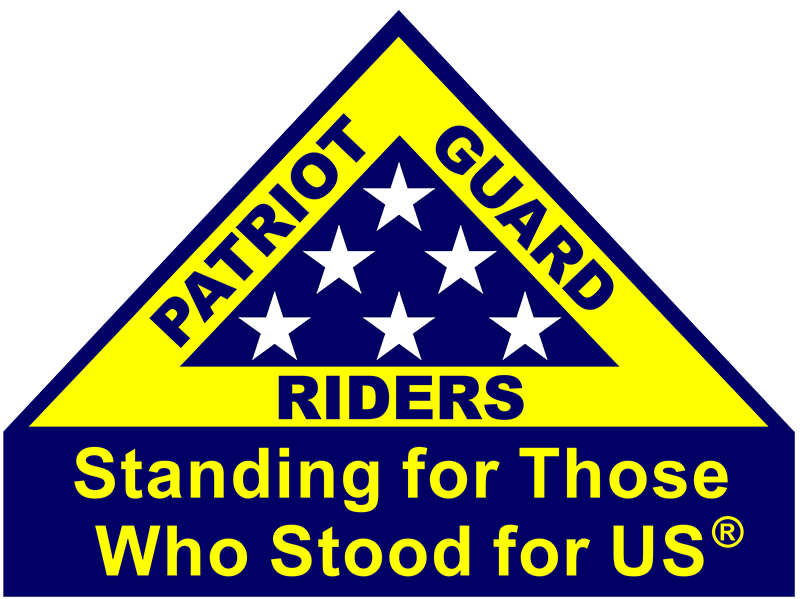 Support Military Foundation is charged to provide America with a gateway to verified organizations. All of the organizations listed on the Support Military Foundation National Resource Directory participate in a detailed validation process which not only gauges how donations are used but also the extent to which their services and programs are impacting our service members, past and present to include their families.

Support Military Foundation relies on community support in order to accomplish our mission of initiating a military awareness program “Behind the Camo” and building a relevant and reliable National Resource Directory. In July 2012, the “Behind the Camo” awareness campaign launched on a National level and today, finds itself regularly surfacing on a weekly basis on speedways across the nation, within the credits of a major movie production company and most recently in partnership with celebrity spokespersons, all of which are creating a movement meant to inspire others. 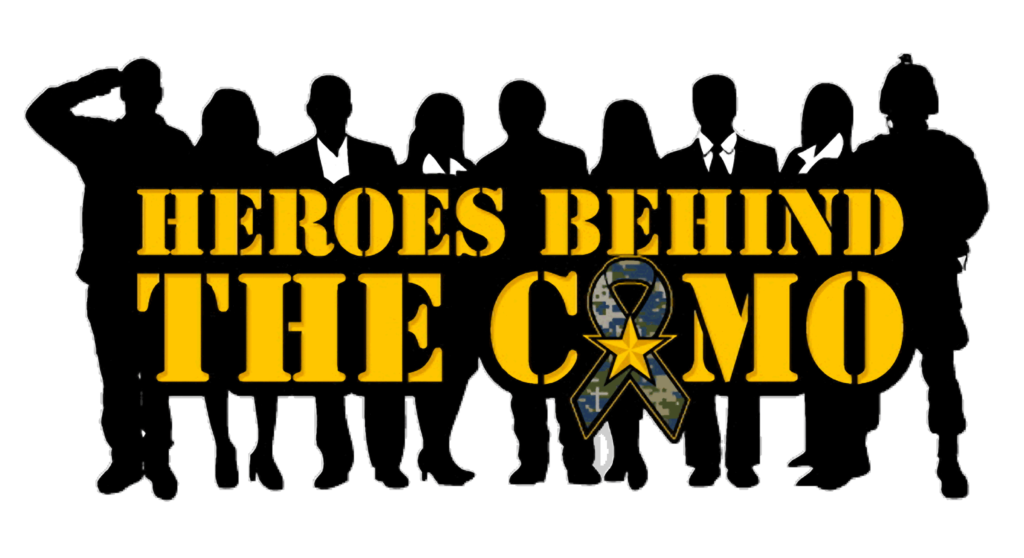 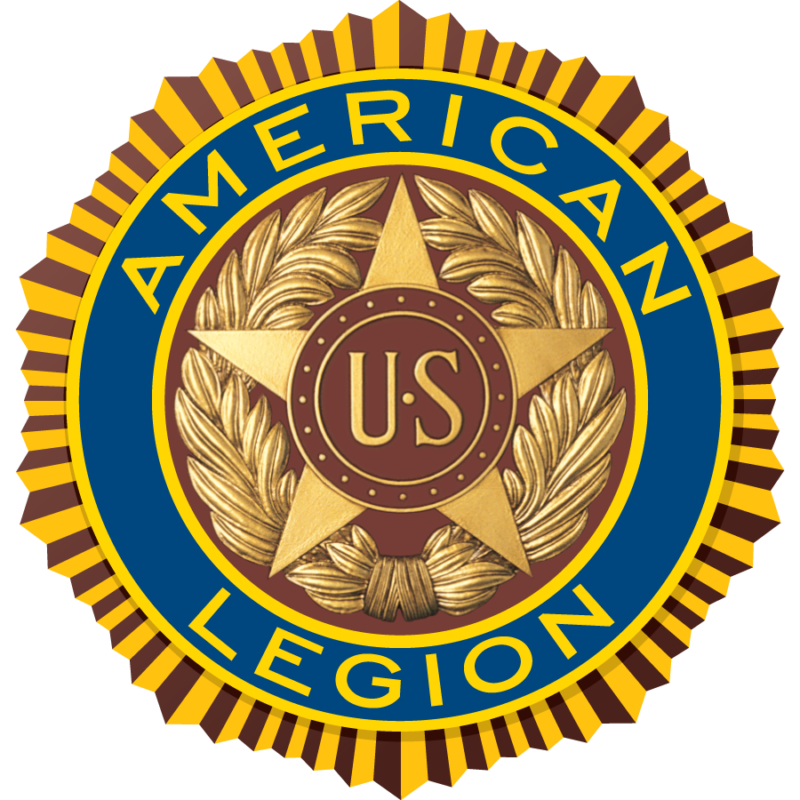 In 2012, the Greece American Legion Post #468 hosted a Wounded Warrior Benefit concert to benefit Operation Wounded Warrior propelled our efforts to a whole other level. At that event, the Patriot Guard Riders of New York were present and learned about Operation Wounded Warrior’s program and offered to partner with us, as they shared a common belief in supporting our nation’s finest. 100% of the financial donations that are received by the NYWA goes directly to the military members and their caregivers. The Rochester, NY community is extremely generous and deeply appreciative of the U.S. Military. 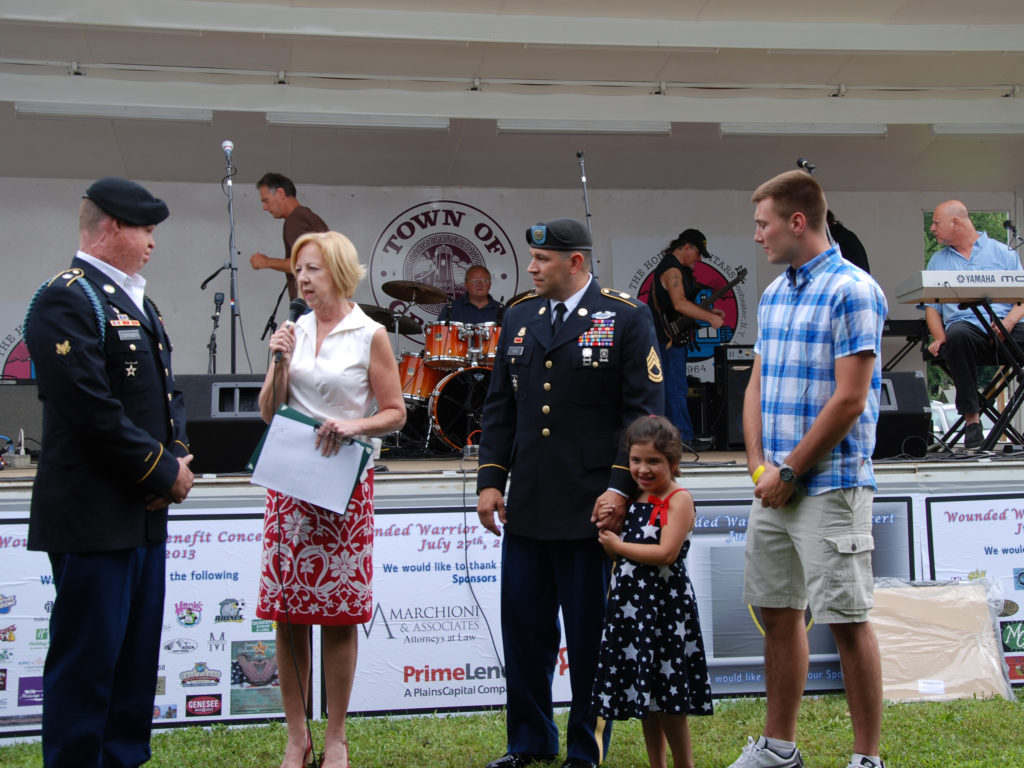 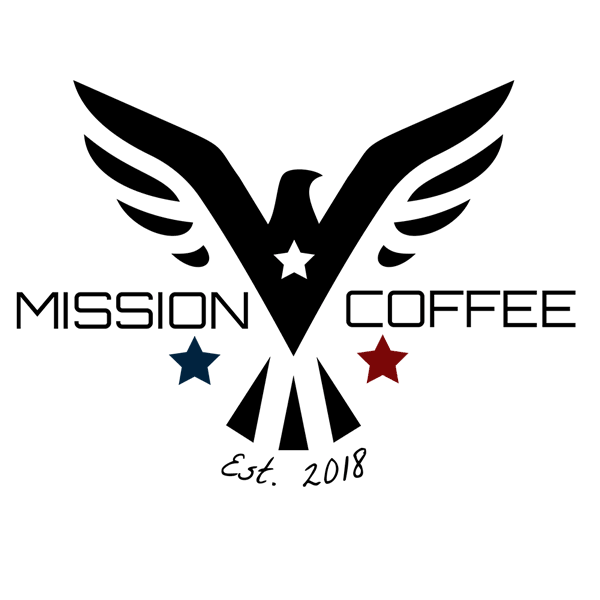 Mission Coffee was founded by a Veteran to share his love of roasting coffee, to share with fellow Veterans so that they never feel alone.

Their mission is to drive down the daily rate of Veteran Suicide.

NYWA has partnered with Mission Coffee as part of the Monroe County area Veteran organizations to network with each other to share resources and information for any Veteran in need. 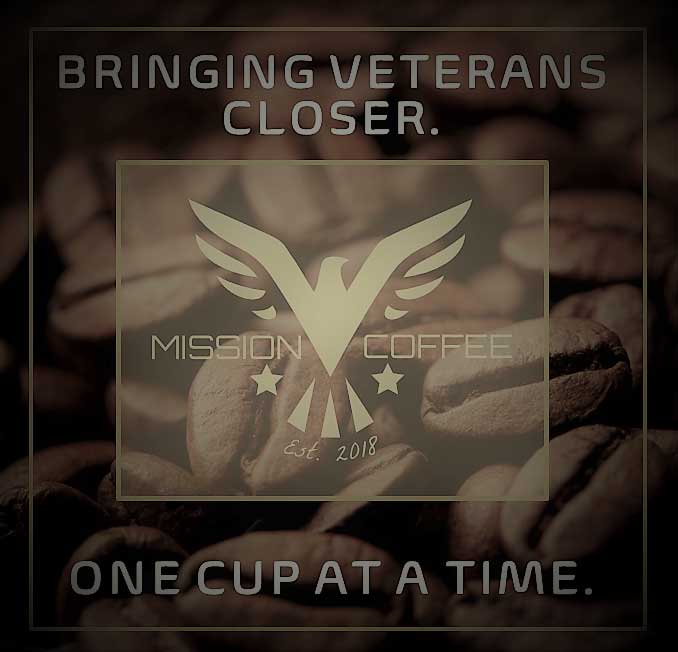